This article introduces the communication device "Famileel" that enables video calls between distant households via TV. In addition to verbal communication, it facilitates visual communication by natural language processing of conversations and by displaying subtitles on the screen.

Our development team members, Koichiro Yamashita (in charge of universal design) and Takeshi Kubo (in charge of development) had an opportunity to interview Dr. Hiroko Tokunaga from the School of System Design and Technology, Tokyo Denki University. Tokunaga had conducted a 2-month demonstration experiment of TV phoning between elderly people and their families that lived in separate households, and proved that "remote co-eating" contributed to parents' subjective feeling of happiness.

This interview highlighted an aspect of divining the "future of the aging society", of which the Famileel team is also trying to make a contribution. 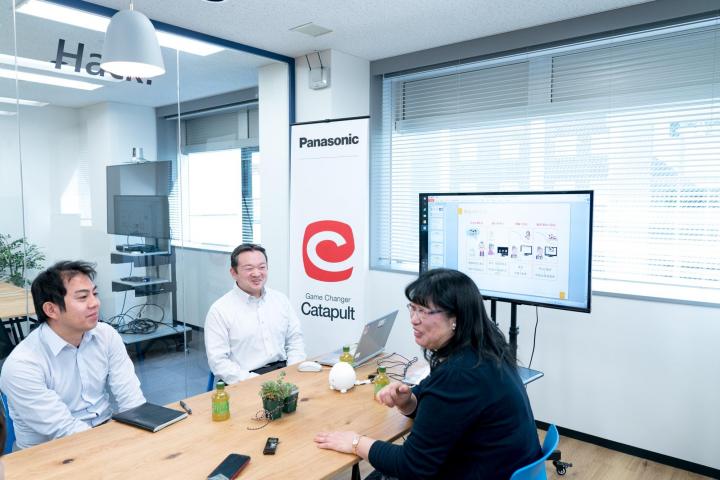 A New Role for "TV" in a Family Gathering Space

Yamashita(Panasonic)：A Panasonic worker's experience initiated Famileel. Her parents used to shout to talk with her grandmother over the phone, since her grandma had trouble hearing. Casual conversations causing stress for each other and worsening their relationship made her sad. Then we began seeking a way to support communications between elderly people and their families that live apart.

When we asked an elderly person how she made phone calls, she said that she holds the phone with her left hand while holding a pen in the right hand and taking a memo. We asked why and she replied, "because sometimes I forget what I said". Therefore, we thought that conversations with subtitles on a TV screen might be helpful for these people, and the development of Famileel began. 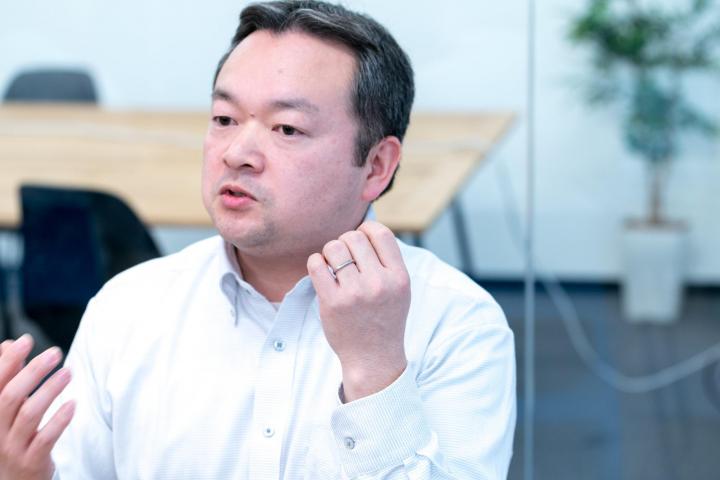 Dr. Tokunaga(Tokyo Denki University)：I think that an advantage of a TV phone is its ability to enable conversations in places where people naturally gather, such as a living room. I conducted an experiment of remote communication on parents and children living in separate households. Tablet terminal devices were distributed to make video calls during mealtime for two months. I think mealtime provides excellent conditions for remote communication between households, since family members naturally gather and are somewhat required to be seated until done eating. 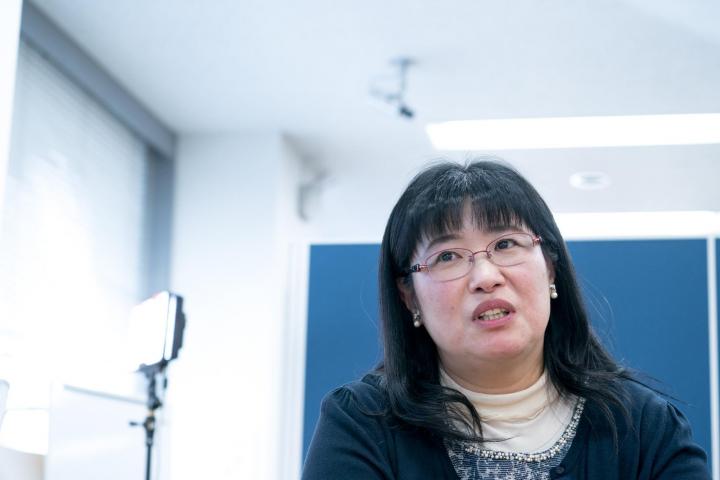 Kubo(Panasonic)：Recent young generations are said to spend less time watching TV, as they watch YouTube and news on smart phones. Not long ago, however, family members watched TV in a living room together and shared laughter at funny scenes. I believe that it is very advantageous to use TV - at the center of a family gathering - as a communication tool for separately living families. 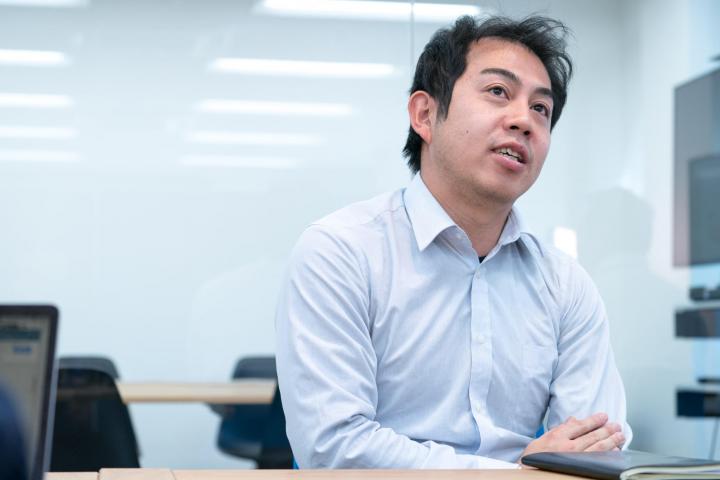 Takeshi Kubo (in charge of development) 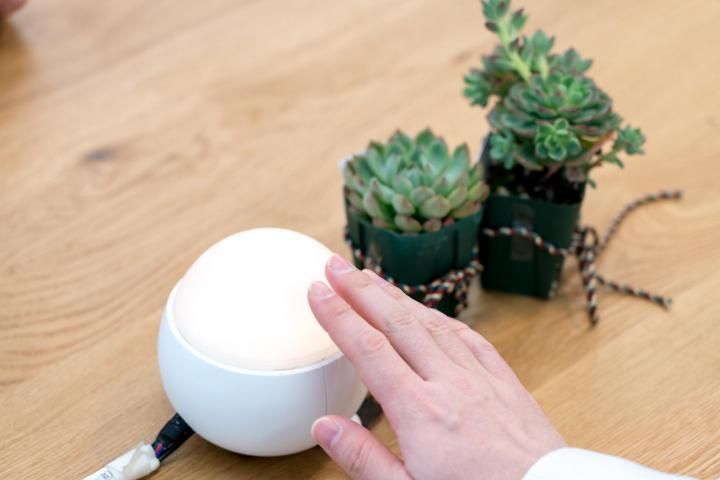 "Famileel" prototype named "Tama-chan". It is designed to encourage people to touch.

For example, when someone in a child household comes near Famileel, Famileel at a parent household flashes. Through constant connection between the child and parents households, Famileel indicates a good time to make a phone call by acolored light. 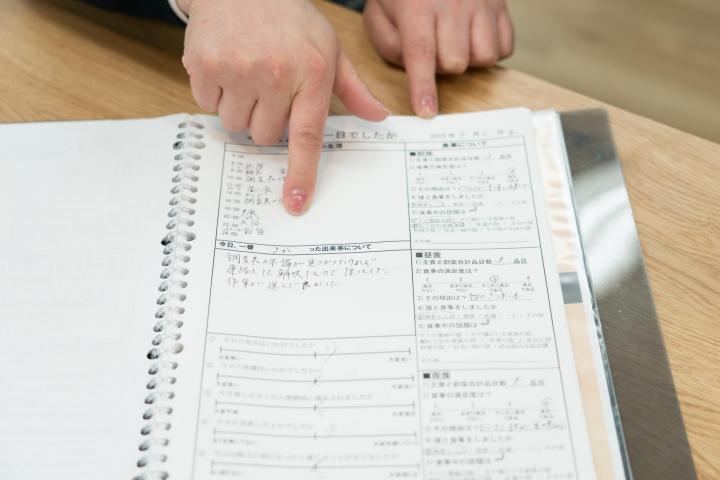 Dr. Tokunaga：The 2025 Problem, in which Japan's dankai generation (baby boomers) become age 75 or older, is gaining attention.
The Japanese government will not be able to finance the cost of care, and therefore there will be a shortage in support. To combat this issue, how can the government support the elderly people who are currently in good health, and postpone the initiation of necessary care? These questions were the starting point of my research.

In this regard, an interesting result was found in my aforementioned experiment. All elderly people had more conversations with their families during the experiment. When they were asked what the greatest change from this was, some answered that they clearly had more "energy for tomorrow". 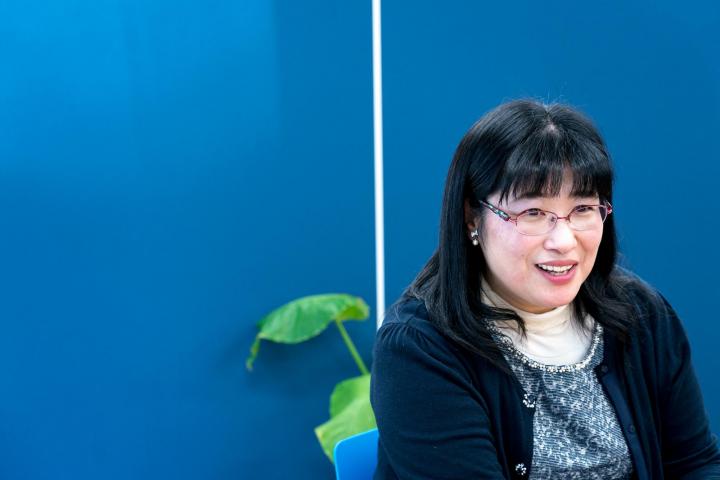 Kubo：In order to promote this, we thought a new communication style was necessary. We believe it is important that elderly people and their families are on "equal footing", rather than having the families "watch over" the elderly. Famileel materialized such a belief.

Dr. Tokunaga：In one of the participating child households, a baby, around one year old, was being fed. As the baby was getting full, he refused to open his mouth even when his lips were touched with a spoon.

Then, his grandmother behind the TV said "aah" and made the baby's mouth open. That was indeed a cooperative effort. 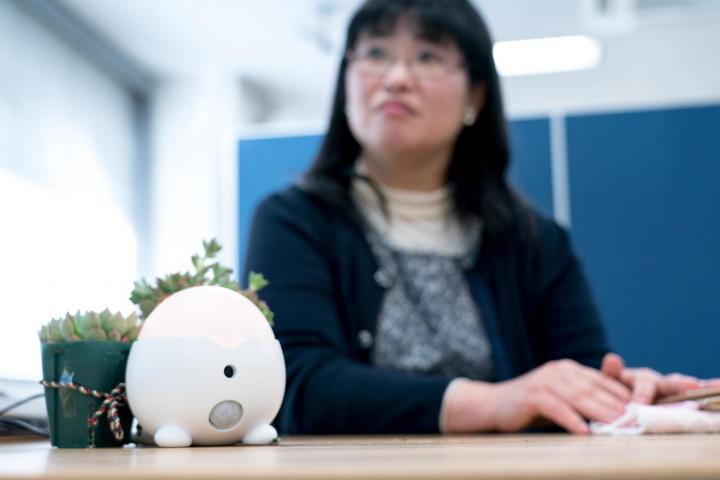 Yamashita：I think that is one way of using Famileel. Since the super aging society is unprecedented in the world, we never know what kind of needs and applications will exist unless a product is made. There might be needs and uses of Famileel in societies with smaller aging populations.

Therefore, we are looking forward to getting feedback in SXSW from a global perception. After being tested in Japan, I hope the product will be cherished in countries that will have aging populations in five or ten years. 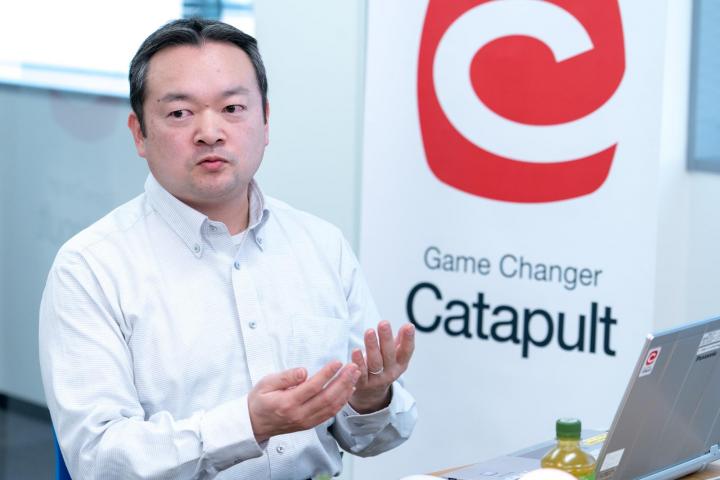 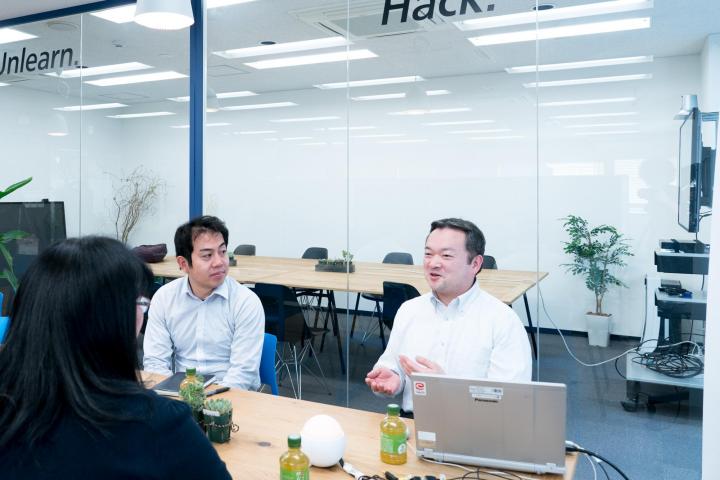