Chef Hagihara of Japanese izakaya Roki in New York worked with us for three days in December to push through the experiment as explained in the first part of this post. 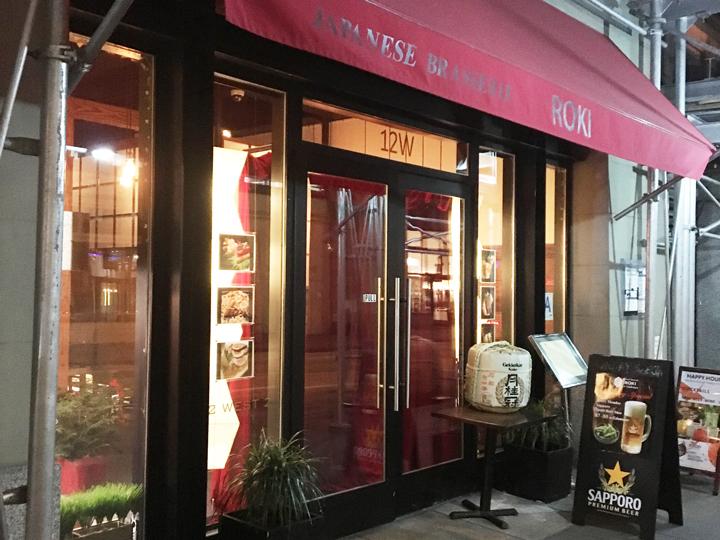 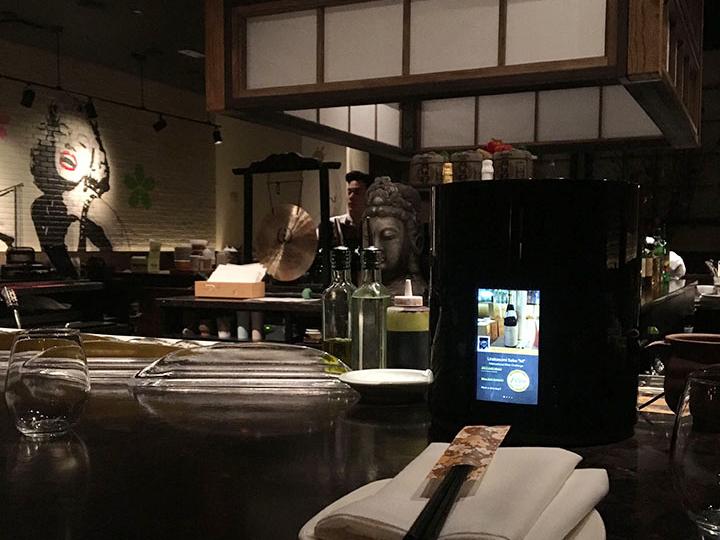 Experiment began based on the hypothesis that information about sake recommended by the restaurant owner would catch the eyes of customers when they are seated.

We call this a "push-through experiment" because of the tightrope schedule that tends to occur in prototype development. Right up to the shipment date, we were making adjustments to the touch panel and doing our best to have display contents ready before the product reached its destination. Each and every member of the team worked down to the wire for this project while fulfilling the requirements of their own jobs. Some staff from Panasonic sites in North America also adjusted their schedules and volunteered to help us once we arrived. We fine-tuned the display contents by communicating with our colleagues in Japan who were working late into the night due to the time difference. During the three-day experiment, the display contents dramatically evolved. We somehow managed to finish on time despite the extremely tight schedule, allowing me to appreciate the fact that we were able to conduct this experiment in New York. 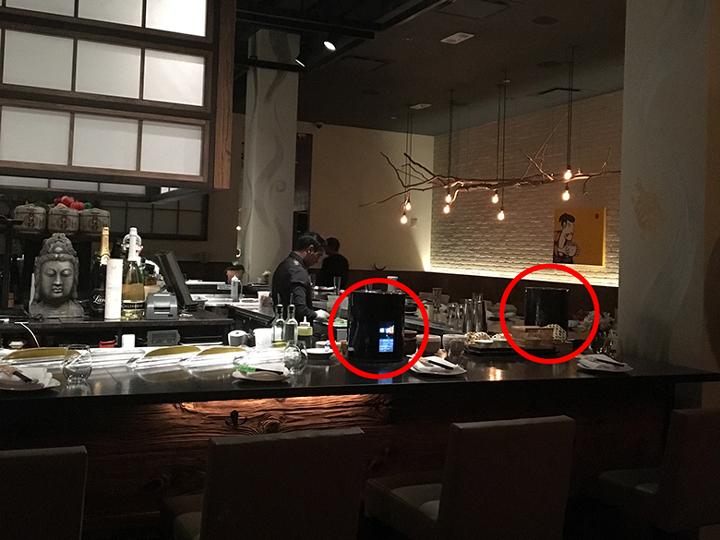 Two prototypes are placed on the counter at the center of the restaurant.

What I learned at the New York experiment

Although Roki is a Japanese izakaya, some customers casually order cocktails while others enjoy food without ordering any alcohol. With the permission of the owner during our three-day experiment, we conducted quick, on-the-spot interviews with customers who had ordered Japanese sake and wine, who cheerfully offered their first impressions of the prototype and unique opinions (We'd also like to thank the local North American staff for their gracious support!) 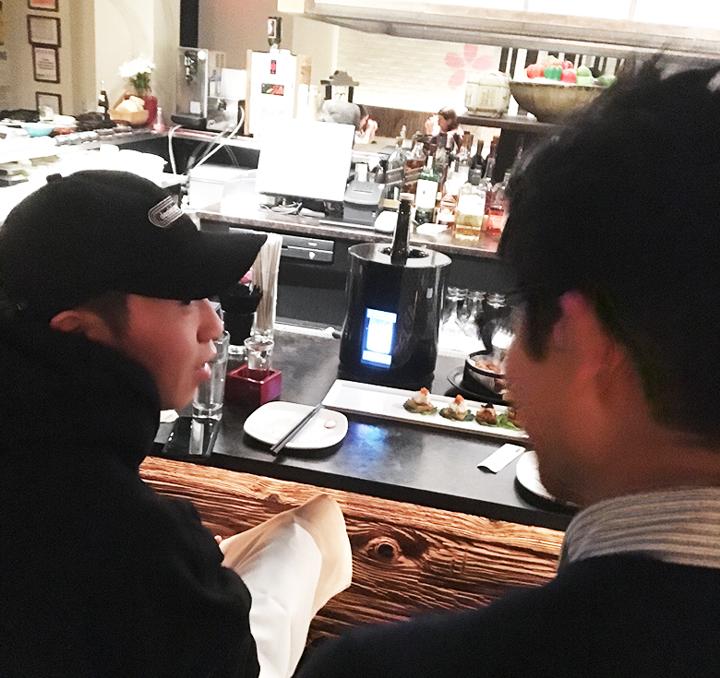 The people we interviewed offered very fresh opinions. There was also a great deal of criticism. One couple noted that they were curious about it from the moment they were seated, but got sick of the repeating display after a while. On the other hand, one young man who was a sake enthusiast remarked that there wasn't enough information, and how he'd like to know more about the brewer's story. Although it's kind of an excuse, various circumstances led to an unsatisfactory demo device, whose faults were pointed out almost immediately. Upon asking for more details, customers mentioned that the text was too small, and information was crowded on the screen.The feedback made me deeply aware of the shortcomings of typically Japanese ideas. One person said, "I'd like to see more photos. It would be good to learn more about the history." It seems that photos are an important element of communicating the brewer's history. We realized that there were more points to verify regarding pictures, such as whether it would be more attractive to use old photos of the brewery itself or smiling workers at the brewery. Some people suggested including some kind of quiz. We actually did prepare a quiz, but much to our regret, time constraints made it impossible to include it with the demo units. When I look back on the trip, I wish I would have had more time to prepare for the experiment. In any case, this three-day experiment highlighted for me three areas that need improvement: a more compact device, a more easily viewable and attractive display, and better contents. 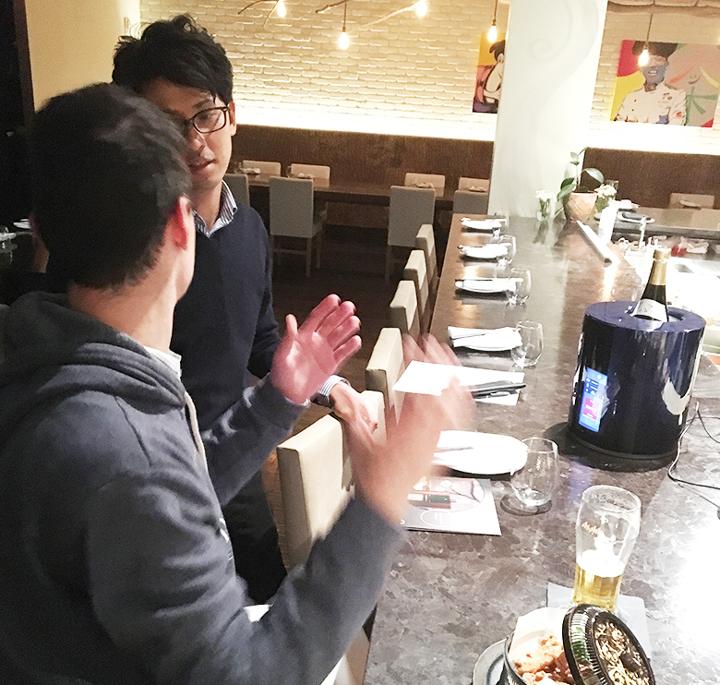 "Cool! I love sake! I want to know more about the brewer!"

On the other hand, we also received a lot of positive comments. A group of women who enjoy sake mentioned that more than 90% of wine stores in New York carry sake, and that the Sake Cooler would definitely stand out if placed in those locations. They excitedly spoke for over 20 minutes on ideas for the product with more enthusiasm than even myself. I realized at SXSW that even people overseas who know about Japanese sake are fixed on the stereotype that it can only be enjoyed with Japanese food - an idea that is even more entrenched than with Japanese people. On this point, we reaffirmed just how surprised people are even in New York that Japanese sake can be paired with Western foods such as cheese. We realized that there is still plenty of room for promoting the world of sake. Getting this type of feedback directly from customers was a truly emboldening experience. We were also able to get a hands-on feel for market trends and see that the young generation is showing an interest in Japanese sake. 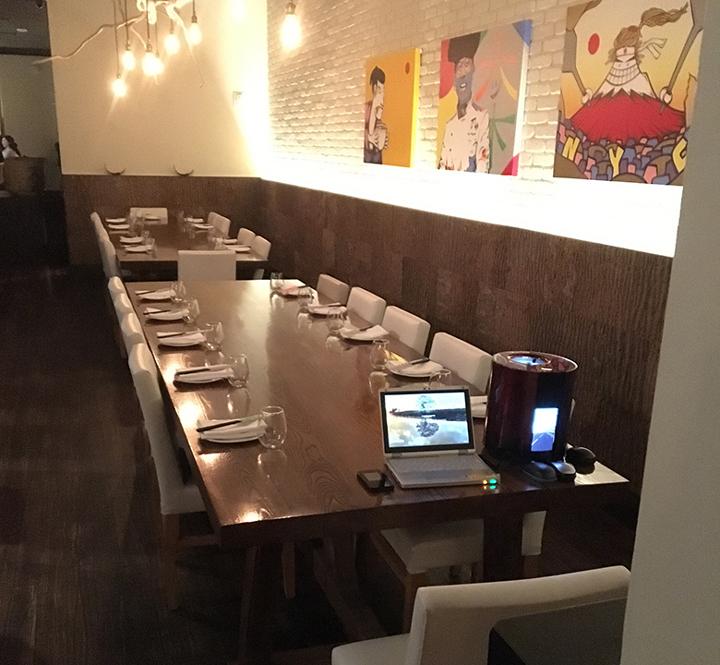 Updating data from Japan on the demo unit (Done all by myself...)

We rushed to make the necessary preparations and somehow managed to complete our three-day experiment in New York the week before our report to the CEO. We never would have finished without the efforts of the team members and cooperation of everyone involved in the project both inside and outside the company, those in the workplace, as well as chef Hagihara and his staff. I'd like to thank them from the bottom of my heart. Seeing challenges come to light helps us take the next step. The things we learned, along with the excitement of our endeavor over the three days will prove to be a big help in making preparations for the next step of this project. 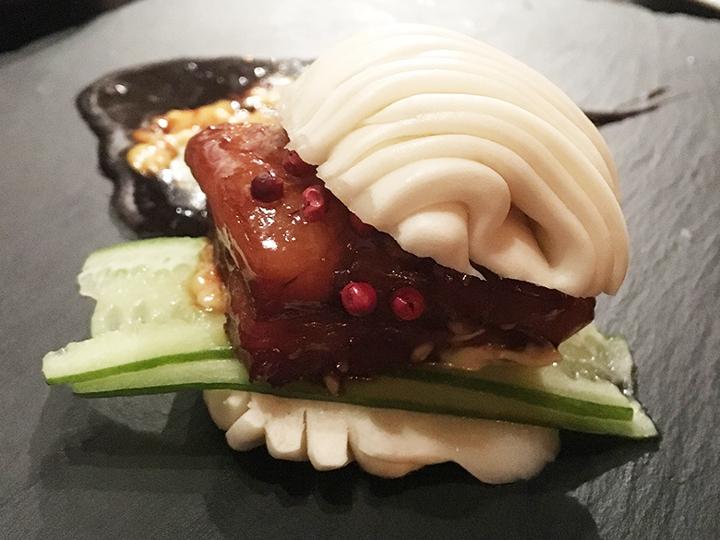 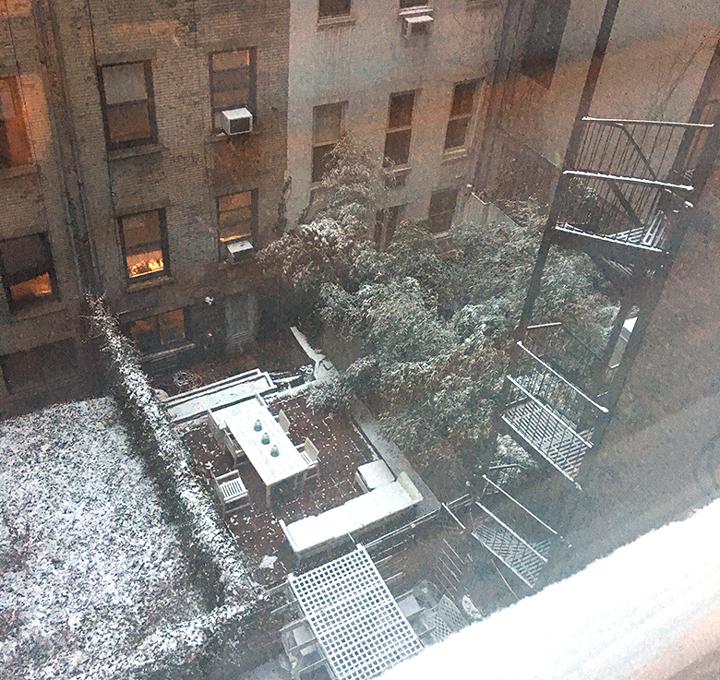 Snow on the final day of our experiment

What we want to try in the future

Creating new products such as the Sake Cooler for a new market is an extremely difficult endeavor. From the worldwide popularity of wine, we can see that the Japanese sake market itself is extremely small, meaning that it hasn't been promoted much at all. However, this New York experiment was a good opportunity to reaffirm the possibilities of sake. Because sake is well-known as the only alcoholic beverage in the world with umami, I believe that if people get interested in sake and try a sip of it, they will naturally become fans. In this respect, I'm convinced that the Sake Cooler can help communicate the unique story of individual sake brewers, and gradually expand the sake market worldwide. It would also be great if this product could promote tourism to Japan for those who want to enjoy delicious sake. To do this, we need to encourage people in the Japanese sake industry around the world to try and enjoy the Sake Cooler. To this end, I believe we need a more open framework and a co-creation community that can produce new value by involving all parties concerned. I hope to create a framework through which people in various companies and industries who share Panasonic's ideals can team up to provide a service with a new world view. Please get in touch if you're interested.