Part 1: How a Smart Homemade Miso-making Service Was Born

The Start of Ferment 2.0

Ferment 2.0 / Miso Ball Club is a miso making kit delivery service that lets people enjoy a smart and healthy miso-based lifestyle. Panasonic, a leader in the living space and consumer electronics field, has teamed up with Marukome, Japan's top miso maker. Why did we, in such different industries, form a collaboration? It all started in September 2017 at the Smart Kitchen Summit. Game Changer Catapult was giving a presentation on food of the future. Mr. Sonoda, from Marukome became enthralled with the presentation. In addition to being amazed by Panasonic's innovative food initiatives, he was especially stunned by the direction and nimbleness of the projects, and the fact that they were being made public in the concept stage. Even though Marukome is usually only thought of as a miso maker, it is now involved in different areas such as making sweet sake (amazake) from malted rice and developing gluten-free soybeans. Sonoda realized that his work had something in common with that of the Panasonic Game Changer Catapult team, which develops new business ideas. He became very excited about the possibility that something innovative could be created in the world of miso, and in the way of enjoying this traditional ingredient. 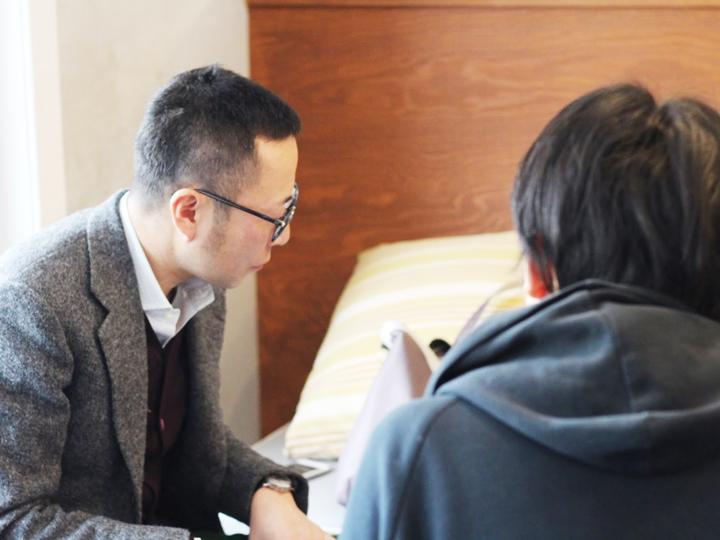 The Panasonic team was making slow progress on a fiscal 2017 project called The Ferment, which had already been made public. They were investigating the commercialization of a delivery service for kits to make sweet sake. The team was not able to find decisive answers to questions such as how to ensure the right temperature range for safe fermentation, and how Panasonic as a non-food manufacturer could add value to fermentation control. Just as the project was about to be temporarily shelved, Yamamoto was contacted by Sonoda. 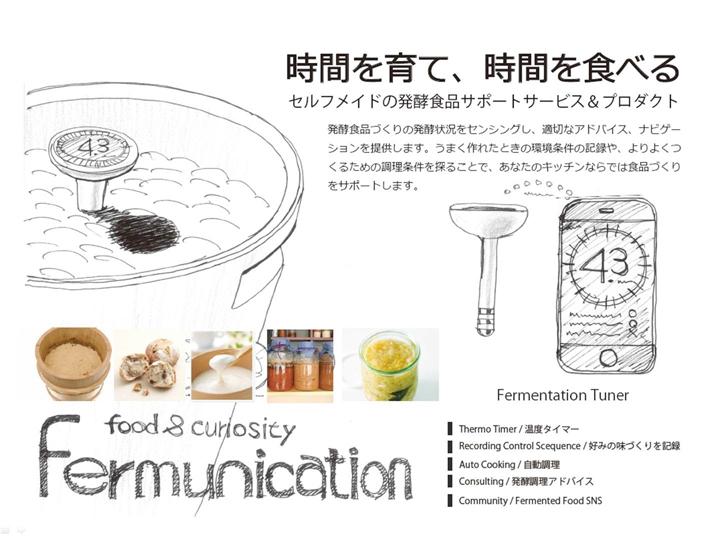 「Even though we are a company that makes and sells miso,」 said Sonoda, 「we are not really connected with the customers who enjoy our products.」 It was quite an unexpected thing to hear from a manufacturer of such a common everyday ingredient as miso. 「Food products such as miso do not lend themselves to creating customer relationships like consumer electronics. Therefore, we are interested in exploring the possibility of kits for making homemade miso.」

One of the questions frequently asked by people learning to make homemade miso is how to know when the miso is ready. Because fermentation is an invisible process, those trying it for the first time have various concerns. That's where IoT devices could be used. Yamamoto remembered the following sketch from when he first started working on fermentation four years ago. 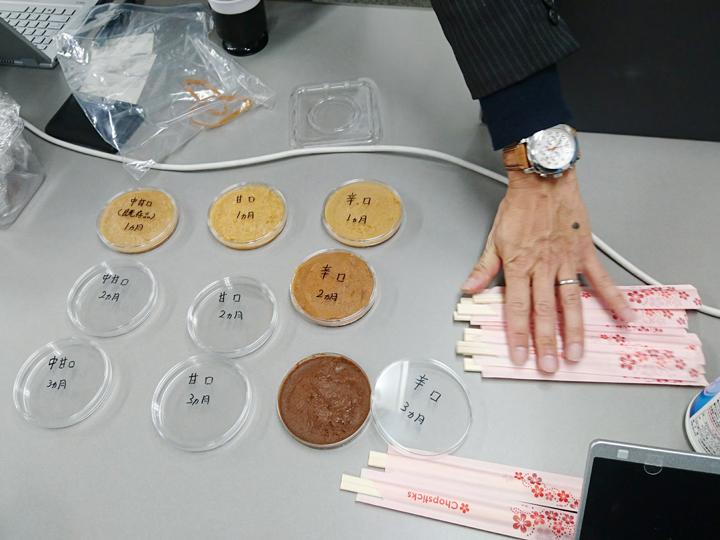 Fermentation is a process that involves innumerable changes, and the taste is constantly changing. The degree of miso readiness could be estimated from temperatures it went through. Changes in the color of miso could also be predicted by temperature. This hypothesis was worth investigating. It might be possible to make homemade miso with smart-device technology. Sitting in front of miso samples, the team members were filled with excitement.

The prototype system the team has now developed is very simple. The customer is sent a miso-making kit containing ingredients based on the customer's miso flavor preferences and also a sensor stick for testing the miso. By simply inserting it into the fermenting miso, the sensor stick can gauge the miso readiness and indicate the optimal point for consumption.

Through miso-making kits, support could be provided to people who want to enjoy healthy lifestyles. With this system, it would be possible to make, without fail, utterly unique miso that suits individual tastes perfectly. Furthermore, by continually connecting with customers and getting their feedback, the blend of ingredients could be gradually adjusted, enabling customers to develop their own unique miso varieties. Once they realized this, both Yamamoto and Sonoda began to see the possibilities for a new kind of miso making. 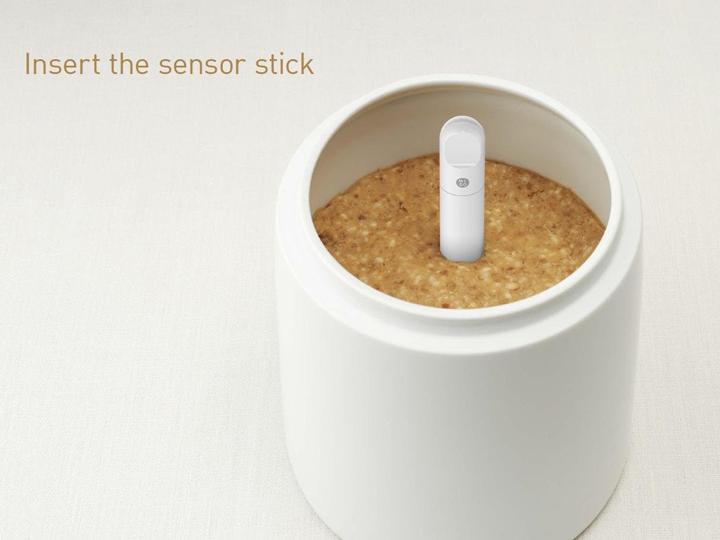 Miso is an essential ingredient in Japanese cuisine. It is a traditional food that has supported the Japanese diet for 1,300 years. In the Heian period (794 to 1185), it was a luxury product beyond the reach of ordinary people, while today it is found in every Japanese kitchen. Miso is popular as a nutrient-rich fermented food. In addition to miso soup, there are many different ways to use it. These ways continue to change with the times, such as using miso to preserve meat or vegetables, adding it to stir-fry dishes, or employing it as a background flavor in a simmered dish. 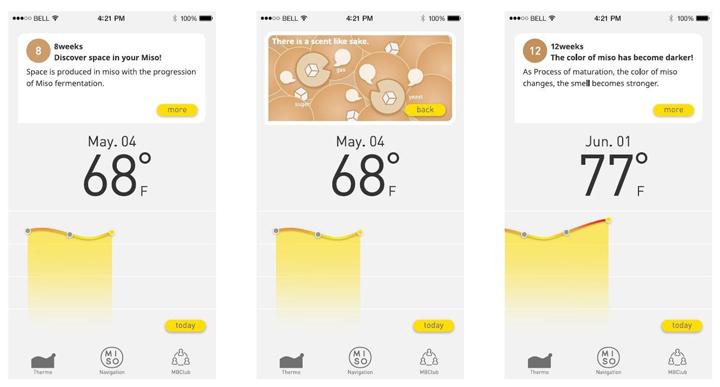 - History of Miso in Japanese Food Culture
Miso is thought to have originated in ancient China and evolved from seasonings called shō (hishio)1 and shi (kuki)2. The theory is that miso came to Japan from mainland China through Korea, around the 7th century (Asuka period). The Taiho Code of 701 is the earliest Japanese document in which the character "shō" appears. The seasoning was written as "mishō," which, it is believed that, changed to "misho" and then "miso."

1. Shō was a fermented food similar to Asian fish sauce, and was made from meat or fish fermented with grain, malted rice, and salt. It was probably used like soy sauce or similar sauces consumed today.

2. Shi was a fermented food made from soybeans, grain, and salt.

Miso comes in three types: rice miso, barley miso, and soy miso, with about 80% of the miso produced in Japan being rice miso. Marukome was founded in Nagano in 1854 and has continued to produce rice miso in that prefecture, which is Japan's top miso-producing region in terms of volume. As the No. 1 company in the miso industry, Marukome has a history of making products that evolve with the times. This includes the development of liquid miso that mixes instantly in water, and miso blended with dashi broth. These popular innovations have become standard household products. In addition, by utilizing its fermentation technology developed over decades of miso production, the company is working to help preserve and popularize other elements of Japanese fermented food culture, such as sweet sake made from malted rice (koji-amazake) and salt-marinated rice malt (shio-koji). 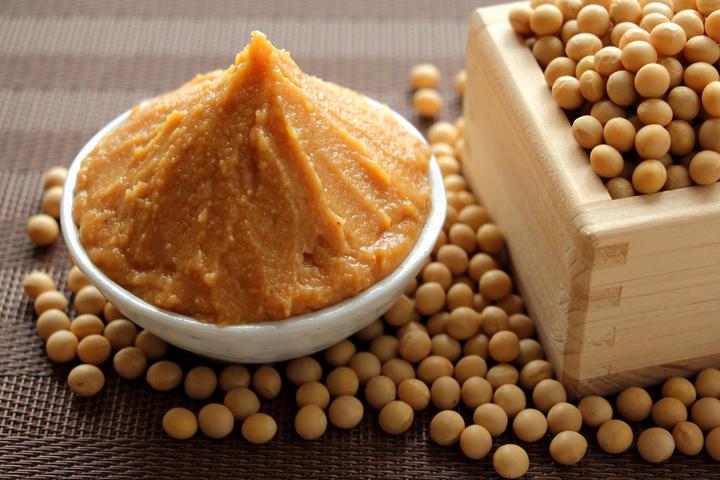