Howling Box is a music request system for food and beverage establishments, inspired by the jukebox. The service not only plays requested music, but also encourages community formation and development in locations such as bars and restaurants. It offers people new experiences that involve sharing music.

Today you can easily connect with anyone, using online social networks. According to the 2018 White Paper on Information and Communications in Japan, a survey on social media usage prepared by the Ministry of Internal Affairs and Communications, 60% of respondents use the instant-communication service LINE, even occasionally, while over 40% have tried Facebook or Twitter. In the United States, it appears that nearly 90% of people have used Facebook at some point.*1 Nevertheless, I was doubtful that the quality of communication between people has actually improved due to the development of social media.

For me, communication involves the excitement of face-to-face interaction, where you make eye contact with your partner and draw out their facial expressions and words with a slight feeling of tension, and you work together to generate emotions. Meanwhile, communication on social media is mainly video, photo, and text message exchange. I think that there is a limit to the emotion you can convey using a communication method where the person's face is not seen or the atmosphere is not shared. After reflecting on these things, I realized that face-to-face interaction is a very important element in communication. (This realization came to me after I joined the workforce and was sent to Gunma Prefecture, which I will talk about it later.)

Just like with communication, the methods for enjoying music have also changed greatly since the development of the Internet and digital technology. In particular, streaming-based music distribution services are already very popular. At a glance, these services seem very convenient, and have increased the places where music can be enjoyed. In my opinion however, that is not really the case. Years ago, I would go out and buy a CD, return home filled with anticipation, excitedly rip off the plastic, put it in my player, and then enjoy the music. The entire process was extremely enjoyable. Today however, I can listen to all the songs I know, and many I don't know, just by tapping the screen of my smartphone. I think that such an effortless process is depriving me of the enjoyment of finding, obtaining and listening to good music.

When I was a college student, I belonged to a "light music" club, played the guitar, and sang songs. You could say that I spent my university days immersed in music. When not studying, I spent most of my time at the campus music studio. I did countless live concerts and talked with my friends about music we liked. After finishing a concert, we'd discuss excitedly about how cool the experience was, how we had improved, and what we wanted to perform next time. I spent so many evenings talking with friends in this way. In particular, I really enjoyed going out for a drink with my friends and telling them about a CD I had just bought, talking about how our competitor bands did (when doing a live concert, we usually invited other bands to perform as well). Those moments motivated us for the next live concert, and made me realize how good it is to have friends. 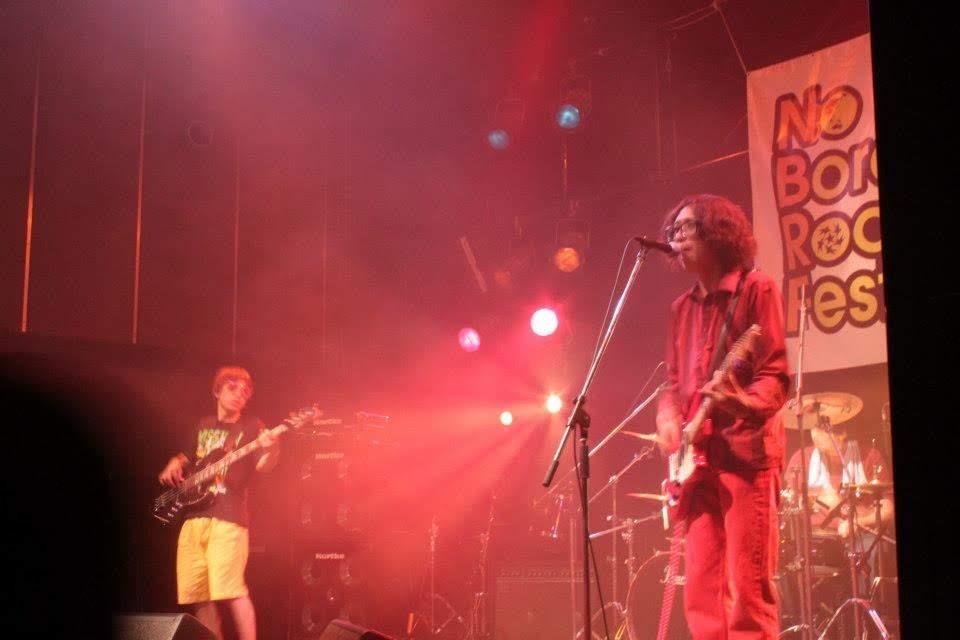 Live concert when I was a student

The big turning point in my life came when I graduated from university and got a job. I thought the company would probably send me to Tokyo or Osaka, but when I found out that I was being posted to rural Gunma Prefecture, a place so completely foreign to me, I was stunned. To be honest, I was somewhat in despair.

I worked like crazy for a couple years in a place I could not get used to, and I didn't think much about anything but work. In my third year in Gunma however, I decided I could afford to live a little, and began to think about enjoying music again.

Of course, I did not stop listening to music after going to Gunma. I joined a subscription music service on my smartphone, and I listened to the latest songs on YouTube. However, it felt completely different from the way I had enjoyed music as a student. I started to think about the reasons for this.

Whenever I returned to the place where I enjoyed the music scene as a student, I would talk to my friends and those I knew still in school. Once again I found myself excited by recommending artists, bands, and songs I had found recently. At those times, I felt that I was listening to music not just to occupy my mind. I realized that the reason I enjoyed listening to music was so that I would be able to have a good conversation with friends I had not seen for a while, and share our love of music.

At my place in Gunma, I watched YouTube by myself and sometimes shared videos I liked on social media, but I really missed the real-life interaction that I was not able to get online. It came as a huge revelation when I discovered that what I really liked about music was not just the joy of merely listening to it, but the real-life interaction I was able to have with my friends through music.

My realization was that music is essentially a means of communication, and one of its joys is the shared excitement felt with others. This was my personal experience that got me thinking about the Howling Box business concept. 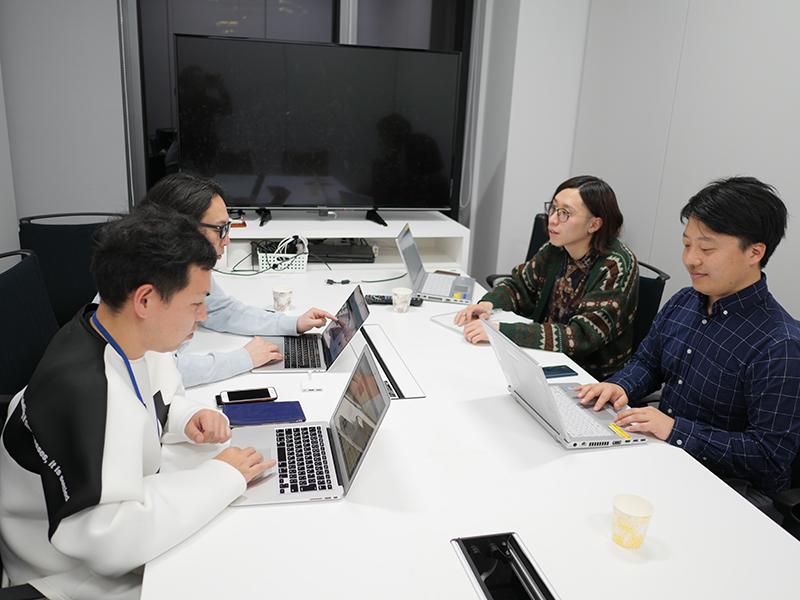 Once I had the idea of creating a business that would allow people to share music and to create real-life connections and experiences, I decided to find a like-minded record company with music content to be a collaborative partner. So I started making inquiries to various record companies through their websites. I got replies from three companies, and Avex Inc. in particular seemed to be on the same wavelength.

Initially my team thought that our idea was unique. However once we got a chance to meet with Avex, it turned out that they were having the same kind of discussion while developing various music business areas.

As a record maker, Avex's business is basically to make money by selling copies of sound recordings. However, with the development of the Internet, the business of selling physical copies (making CDs) has decreased in value.

A similar phenomenon also occurred at the beginning of the 20th century. In the early 1900s, the record industry had become mainstream in the United States, and people were buying recordings (records) as a way to enjoy music performance. Then 20 years later radio broadcasting came along. Since the programing was paid for by advertisers, sales of records declined as people turned to free music on the radio. At that point, it was the jukebox that saved the record industry. That device offered the added value of being able to listen to sound recordings while sharing the experience with many others.

Avex has realized that what occurred with records and radio 90 years ago is now occurring with CDs, and YouTube or subscription music services. With the arrival of this new broadcast service that gives people easy and inexpensive access to many sound recordings from anywhere in the world, the physical sound recording industry is again in danger. This has led people at Avex to believe that something like a jukebox service, which provides new value through shared musical experiences, is necessary in order to save the record industry.

Our Howling Box concept shares exactly the same thinking. We are seeking to change the solitary activity of listening to music into a shared music experience with added value. Based on our shared objectives, Avex is collaborating with us for the commercialization of Howling Box, including the operation of trial demonstrations at actual establishments in Tokyo.

What kind of world is Howling Box is aiming to create?

By having Howling Box installed in bars featuring music such as rock, we are aiming to provide places where patrons can form communities through shared music enjoyment. The main function of Howling Box is the ability to play songs on request, like a jukebox, allowing customers to hear the music they like while in the bar. We are aiming to further enhance communication between customers through the use of a smartphone app, and by installing devices called lanterns along the bar.

We also devised a feature for bringing together people who like the same music, as a way to bring customers into the bar and further stimulate communication. Many people choose an establishment by using a foodie site or map application, and check factors such as user reviews, the type of food, and price. With Howling Box, you can choose an establishment by checking the songs requested at various locations, the logs of tracks played, or song rankings, etc. By adding music as a new criteria for establishment selection, people who like the same songs or people who are likely to feel comfortable together can gather at the same places. Then, once in the bar or restaurant, customers can make requests and communicate with each other, thereby promoting the formation of the establishment-centered communities.

For those who have never tried going to a bar alone before, Howling Box can serve as an opportunity and a starting point for them to meet new people. Once customers find a place they like, a community is formed and they want to drop in whenever they can. Our dream is to help create such communities across Japan and all over the world, and we aim to do this through commercialization of Howling Box. We welcome everyone who is interested, so please lend us your support. 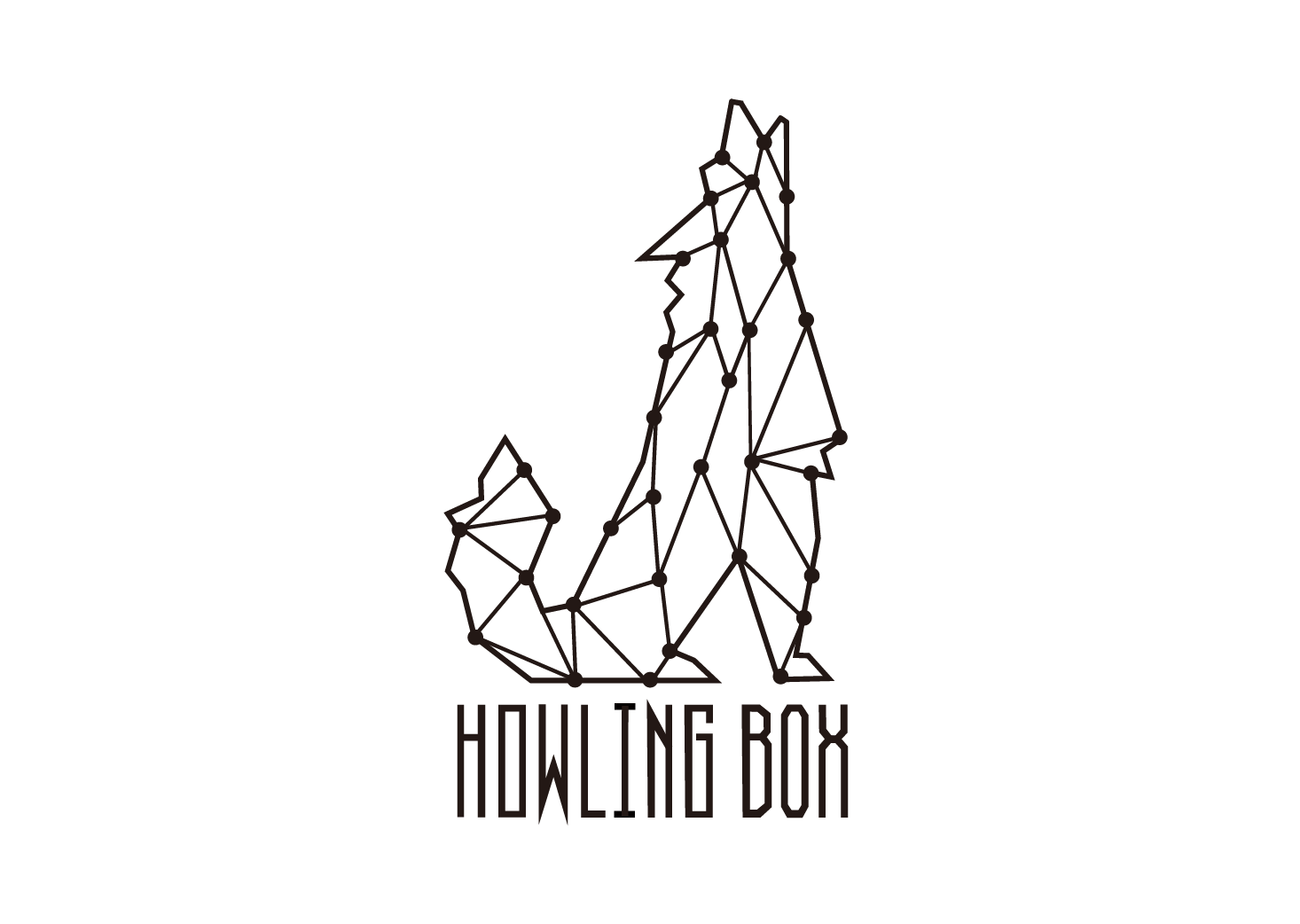